Almost 3 million Veterans who receive care at the VA are aged 65 or older.

According to the VA’s National Registry for Depression, 11% of Veterans aged 65 years and older have a diagnosis of major depressive disorder, a rate more than twice that found in the general population of adults aged 65 and older. The actual rate of depression among older Veterans may be even higher, since not all Veterans with depression receive a diagnosis from their health care provider. 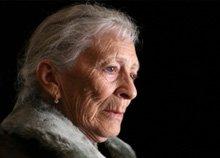 Recognizing and diagnosing depression in late life can be challenging, according to Dr. Rebecca Crabb, a postdoctoral fellow in clinical psychology at the VA Geriatric Research Education and Clinical Center (GRECC) in Palo Alto.

“Physical, mental and cognitive health are all closely linked in late life,” she notes. “Older adults don’t necessarily experience sadness when they are depressed. Instead, an older person may report problems with their memory or unexplained pain or fatigue. Other signs are anxiety, hopelessness, helplessness, and irritability.”

One of the most serious consequences of depression is suicide. Although young Veterans (aged 18-44) with depression are at the greatest risk of suicide, Veterans aged 65 and older are also at high risk compared to middle-aged (45-64) Veterans. Other serious consequences include increased risk for medical problems, cognitive decline and dementia, and mortality.

What causes depression in older adults?

Depression in late life may be brought on by losses or serious challenges such as the death of a spouse, family member, or pet, medical problems, disability, or even retirement. A Veteran who has worked all his or her life may have trouble coping with the lack of “something to do” every day, may experience financial strain, or become isolated from other people. Various medical conditions, such as diabetes and stroke, make older Veterans particularly vulnerable to developing depression due to their effects on blood flow to the brain. There also appears to be a genetic component: An older person who has been depressed in the past, or who has a family member who has been depressed, is more likely to develop depression. Recent research also shows that nearly 40% of Veterans aged 60 and over in treatment for depression have a diagnosis of post-traumatic stress disorder. “We are only beginning to understand how previous traumatic experiences, in the military or otherwise, affect mental health in later life, but it is clear that it is important to ask older Veterans about trauma,” Dr. Crabb notes.

Dementia, another severe health problem that can occur in late life, appears to influence depression and vice versa.

Dr. Crabb points out that depression can be a psychological reaction to dementia. “Older Veterans get frustrated with their memory problems. It can also be hard to adjust to having to stop doing valued activities, like driving.”

According to Dr. Crabb, “In their early stages, depression and dementia in older adults can look similar. Many older Veterans with depression complain of memory difficulties. This is why it’s so important to get a thorough assessment from your health care provider if you are experiencing changes in either your mood or your memory.”

How is late-late depression treated?

Says Dr. Crabb, “We have to look at what works. Generally, the same antidepressant medications that are effective in younger adults are effective in older adults. They may be less effective for older Veterans who also have cognitive impairment.

“The same applies to psychotherapy, which is also effective for older adults. We use present and past focused exercises to help older Veterans with depression regain a sense of hope, purpose, and meaning. Veterans are supported in solving problems and getting re-engaged in meaningful activities, whether that means volunteering, physical exercise, or spending time with loved ones. We use life review exercises to encourage Veterans to reminiscence about life experiences and discuss how they have overcome past challenges. This helps them to “mobilize” some of their life-long strengths.”

Often, adaptations are necessary to effectively treat late life depression in the context of dementia or cognitive impairment. 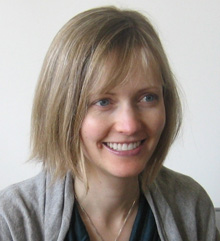 As Dr. Crabb explains, “Caregivers should be involved whenever possible. It helps to increase the Veteran’s involvement in pleasant activities that utilize their strengths and to give them manageable responsibilities, for example, tending to specific tasks in the home or garden.”

Although late-life depression is a common and treatable problem, Dr. Crabb explains that many older Veterans are reluctant to seek care. One study showed that up to two-thirds of older Veterans discontinue antidepressant medications. There is the stigma of seeking help for a mental health problem and the belief that they should be able to handle the problem on their own.

“Older Veterans are used to solving their own problems and can find it hard to accept help. It’s important for them to feel that their health care provider respects their life experience.”

Dr. Crabb points out that the VA has been working hard to help make depression treatment more accessible and acceptable for older Veterans. For example, Primary Care Behavioral Health teams allow Veterans to receive assessment and short-term treatment for depression without having to leave the primary care setting.

“Getting a check up on your mood is just another part of staying healthy. Many times, older Veterans prefer to get treatment for depression in primary care rather than a mental health clinic and the VA has listened to that.”

Late life depression can have devastating consequences and is an important and common health problem for older Veterans. Veterans or family members who recognize any of the symptoms in this story should see their VA health provider today.

Veterans may also chat online with a trained VA crisis counselor at: http://www.veteranscrisisline.net/ChatTermsOfService.aspx

Further information on late life depression is available at: http://nihseniorhealth.gov/depression/toc.html or http://www.nimh.nih.gov/health/publications/depression/index.shtml