Maria (not her real name) is a Desert Storm Veteran who served in the Air Force for 19 years. While in the service, something happened to her that would change her life forever. She was raped. It happened following a night of celebration with friends and associates. Her attacker was a member of the military.

“The first time she reported the rape was years later, when she was in her mid-40s,” said Dr. Diane Castillo, a psychologist who works for the Veterans Health Administration in Albuquerque, N.M. “Maria came to us seeking treatment for depression and heavy drinking. We treated her successfully for substance abuse. But as soon as she had the alcohol under control, that’s when her post-traumatic stress disorder symptoms really kicked in. She agreed with us that she needed to be treated for trauma, so we started her on Prolonged Exposure Therapy, or PE. 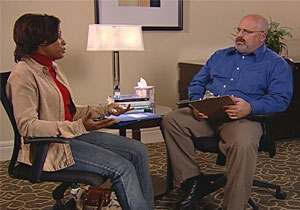 “In the beginning, she was ambivalent about discussing the rape,” Castillo said. “She simply wanted to avoid focusing on the incident. Avoidance is a classic feature of PTSD. Also, she felt embarrassed, and guilty. She blamed herself for ‘allowing’ the incident to happen.”

Castillo said she and other VHA health care providers worked closely with Maria to help her understand the rationale for PE treatment. Buoyed by the encouragement and support of her health care team, Maria completed all 10 PE sessions.

“In PE, a patient is asked to recount a traumatic event repeatedly until the patient’s emotional distress gradually decreases,” explained Dr. Afsoon Eftekhari, a clinical psychologist at VA’s National Center for PTSD in Palo Alto, Calif. “The emphasis is on helping the patient approach the feared memory in a safe manner, with the support of a therapist.”

But there is more to PE than just talking about the traumatic event.

“We also ask the patient to approach activities and situations she’s been avoiding due to trauma-related distress,” Eftekhari explained. “For example, if the patient avoids crowds as a result of her PTSD, she may be asked to approach crowded areas, repeatedly, until she no longer feels distress in that situation. 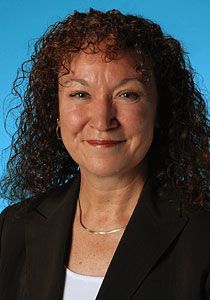 “We do this because we want the patient to emotionally process and work through her trauma experience,” the psychologist continued. “Patients with PTSD frequently avoid the trauma memory as well as situations that remind them of the trauma. This avoidance actually maintains and strengthens their PTSD symptoms. Our goal is to help them overcome this avoidance.”

For Maria, PE Therapy began making a difference. She was able to gradually process the difficult emotions associated with her trauma, gain some perspective on her role in the event, and stop blaming herself for what happened.

“Prior to her treatment, Maria isolated herself at home and drank alcohol,” Castillo said. “Now she works out at the gym daily, something she couldn’t do before because of her fear of being around men. She continues to take her medication for depression, but she is now able to socialize with friends, go to the grocery store, and easily complete all the other tasks of daily life.”

Castillo noted that PE didn’t eliminate the traumatic memory for Maria, but simply eliminated its power over her: “Maria told us that following her therapy, she’s been able to think about the incident without experiencing PTSD symptoms such as excessive anxiety and flashbacks. Maria no longer has intrusive recollections of the trauma. In other words, she’s free.”

Maria is not alone. She is just one of thousands of female Veterans returning from Iraq or Afghanistan who, like many of their male counterparts, are arriving home with traumatic injuries that are not physical, but emotional.

“We know, from rigorous clinical research, that these therapies work,” Karlin said. “The key is to bring these therapies from the laboratory to the therapy room so their great potential can be fully realized. And that is exactly what VA is working with full force to do.”